On Saturday, August 20 I attended a Gluten-free/Vegan wine dinner at one of my favorite Downtown spots- Super Food and Brew. Over 30 people gathered to taste traditional meat dishes transformed into gluten-free/vegan deliciousness without a bit of compromise on taste.  I was lucky enough to dine with Jessica from Jax Vegan Love.  We had a great time sharing our opinions of the food and our favorite restaurants.  If you aren’t following her on Facebook you definitely should!

The first course was a  beet carpaccio.  The beets were sliced thin and the accompanying dressing was delightful.  It also included tempeh crumbles to add a little protein.

The second course was a Rainbow Vegetable Pad Thai Salad.  I am a big fan of thai food and the flavors were spot on.

The third course was an eggplant involtini with ratatouille.  Don’t even get me to try to pronounce this dish.  It was the first of the hot dishes that were served and I could have sworn there was cheese or meat in this dish.  But it was completely gluten-free/vegan

The fourth course was a Forest Mushroom Risotto.  This was so creamy I swear there was butter in here. 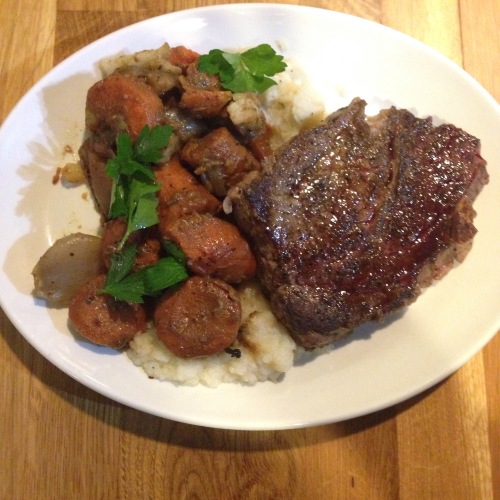 The fifth course was a Carrot Osso Buco over Cauliflower Grits.  Traditionally this is served with some sort of beef and for those (usually the vegan’s date) that were meat eaters they graciously added a nice steak with this dish.  I am not a vegan, but I am dairy free and this was such a nice treat.  However, I was extremely full. 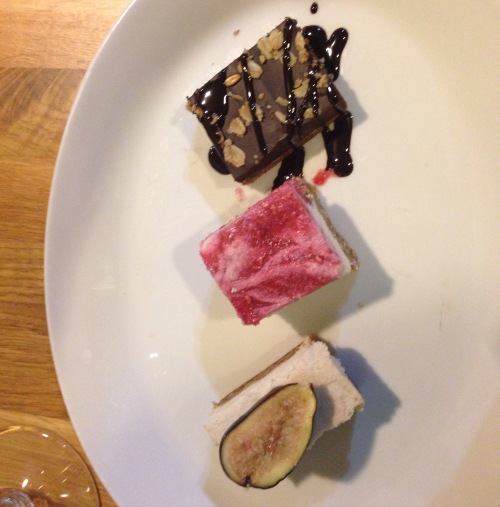 The grand finale was a Coconut fig bar, fresh Berry Nut Cream bar and a chocolate Tart with salted Oat Crust. We each got our own plate of these three desserts and they easily could have been shared with my table mate.

I know you are thinking right now- I want to go.  When is the next one?  Well you are in luck!  Dale from Super Food and Brew is going to do another one since this one was so successful!  For all of the latest updates on events and restaurant openings please make sure you are following us on Facebook.